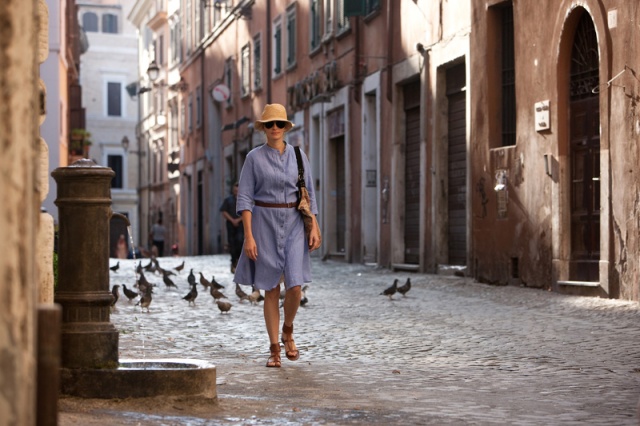 I wouldn’t like people to think that I’m a travel maniac, but certainly over the last five or six years, I travelled to more places in that period of time than I did the 20 years previous. It’s not only because I made the time to travel it’s also because travel has become so much easier and cheaper. People used to save for two or three years before they could go on holiday to another country so most people’s holidays were spent in their own country, perhaps taking a train or driving to their destination. I don’t advocate borrowing money but you can easily use your credit card to book a flight and take a weekend to another country these days. It’s a little bit insane!

When I was travelling, I had this feeling of being sort of unique, and as a result, subscribed to Facebook and found that a good place to drop in a few photographs and some short lines about where I was and what I was doing. Feedback from family and friends is always good for your ego and that’s where the feeling of uniqueness came about. However, over the last year, nearly all my Facebook friends and family have taken a trip somewhere. In the meantime, I’ve settled in one place and start to look longingly at their Facebook postings.

One of my little hobbies or habits while I was travelling, was to buy a T-shirt at every place I visited. Sometimes a T-shirt was for me and at other times, I posted them to family and friends. I’ve stopped sending T-shirts to family and friends because I realised that the people I had sent the shirts to had never been to the place from which I purchased it. And more than likely would probably never go there. So why was I adorning them with a T-shirt that meant nothing more to them than a gift from me? Anyway, it certainly has cost me a lot less money travelling by not buying friends T-shirts. Also, I get to wear the T-shirts that show people the places that I have visited.

If you travel to countries like the Philippines or China, buying a T-shirt cost you no more than it would for a cappuccino in your home country! The cost of this piece of clothing is ridiculous and it makes me scratch my head in wonder at how we could possibly be paying $20 or more for a piece of clothing that costs no more than $4 in another country! Admittedly, there are T-shirts and there are T-shirts. Just by feeling the material on an expensive T-shirt you can feel the quality. And if truth be known, after washing a really cheap T-shirt for the fifth time it’s more than likely to have completely faded or fallen apart. That’s not so bad because that means if you want a T-shirt that shows you that you had been in that country then you have to travel there again.