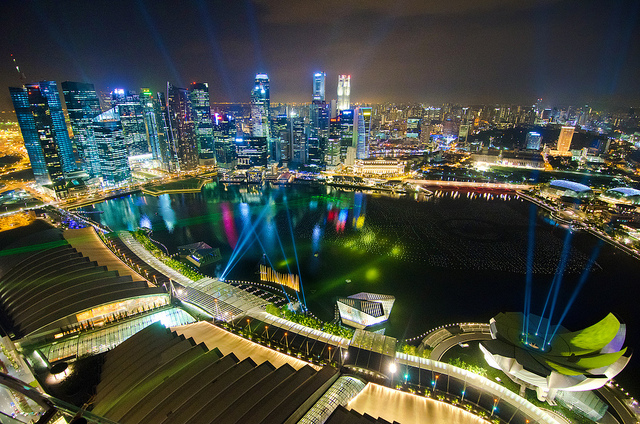 My father grew up in Singapore in a small town just outside of the capital city. Years after moving to the Czech Republic and starting a family, we decided to visit where he grew up to take a trip down memory lane. While it wasn’t our first time traveling as a family, this was our first time visiting a south-east Asian country. We expected things to be different, but weren’t sure how we would fit in as Westerners.

To get to Singapore, we first flew to Malaysia. We took an overnight train from the capital, Kuala Lumpur, to downtown Singapore. The train was our first surprise.

Because of the influence of the British during their occupation of the country, many of the key pieces of infrastructure in the country are still evident. While some parts of Singapore and Malaysia have seen modern updates, many parts of the country still remain in the colonial stylings of British involvement. The train was one of them. 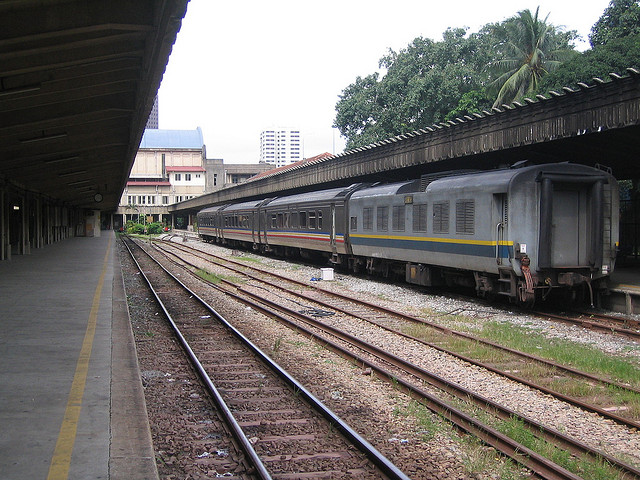 The overnight train from Malaysia to Singapore presented its first cultural hurdle when I realized that there were no western toilets on board. Western toilets have a toilet to sit on and a sink to wash your hands after use. Barreling along the train tracks at 50MPH, I realized that the train’s toilet had none of those amenities and was instead just a hole in the floor, opening onto the train tracks below. I wasn’t happy.

Finally arriving into Singapore on a war-era train didn’t set high expectations for the country, but I was pleasantly surprised to step out into one of the cleanest, most beautiful cities I’ve ever seen. Singapore boasts one of the most modern economies in the world. With almost 1 in 6 people in Singapore with over $1 million in disposable income each year, it’s no wonder that the amenities found within the city are lavish.

Growing up a picky eater, I was worried about what our first meal in the country would be. My family wound our way through the city streets, backpacks on our backs, looking for a cafe or somewhere to sit and rest after our long train journey. We found a Chinese street vendor selling tea just outside of one of the many open air markets in the city. We stopped for tea and a snack and finished our journey to our accommodations. 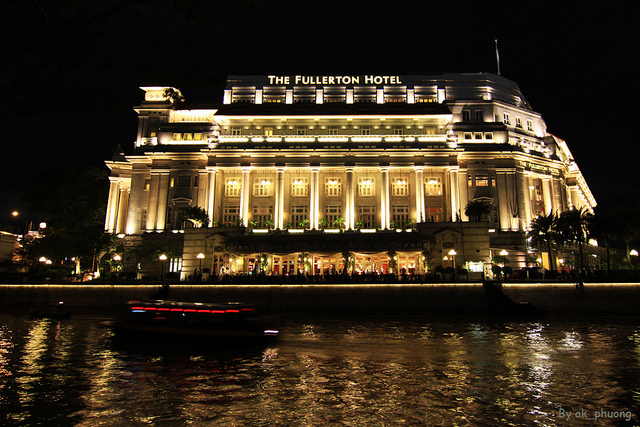 Traveling around the world and only having an internet picture of the place you’re staying can also be a bit shocking. Without any expectations, we were pleasantly surprised to find our hotel in Singapore, although cheap, was well-attended and maintained. I remember noticing the pride I thought Singaporeans took in their work, no matter how mundane or menial it may seem to Westerners. Our hotel attendants took pride in helping us find our way in this foreign city and were happy to make conversation even if they had work to do – a characteristic I rarely notice in Western hotels.

On the recommendation of a hotel attendant, we wandered into the downtown business district of Singapore to find food. The attendant recommended a restaurant in particular, hidden beneath the ground about a mile away from the hotel. Finding the staircase, now after dusk, proved challenging, but we found the narrow stairs and wandered below ground to a Singaporean cafe.

Starving and agitated, I wasn’t sure what to order. At the recommendation of one of the restaurant staff who barely spoke English, I ordered a traditional dish of “Chicken Rice.” Chicken rice, I came to find out, can be found at almost any street vendor stall or hawker around the country. It’s a staple of Singaporean cuisine. 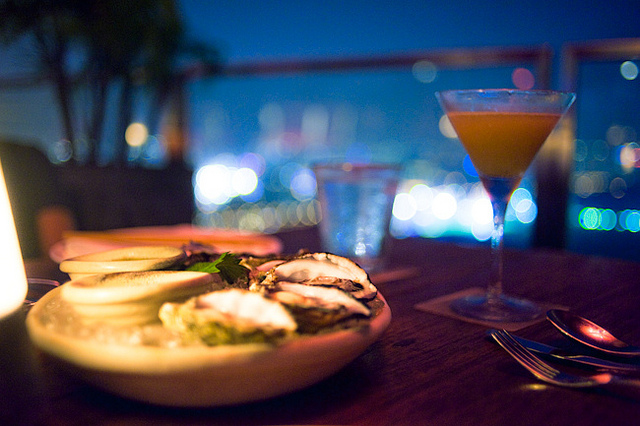 Needless to say, the food arrived and it was delicious. Sitting down to a meal in a foreign country is the first time I ever feel like I’m properly immersed in the culture. Taking in my surroundings, tasting the food, and realizing that I’m thousands of miles away from responsibilities at home all seeps into my consciousness as I take the first bite of a foreign dish.

The heavy influence of Chinese culture can be seen everywhere in Singapore. Most people speak Mandarin and most street signs are written in a combination of broken English and Mandarin. This Chinese influence can also be seen in the traditional foods available around the country. Wontons, or “clouds of air” as its literal translation, are also available just about anywhere you go. I ate my fair share of these carefully prepared egg noodles just about every day!

Towards the end of our week-long stay in Singapore, we decided to try and do some shopping. After reading every travel pamphlet we could find, it seemed like the place to go was “Bugis Street,” a large shopping street located in the heart of the city. While money is flaunted in many parts of Singapore, this shopping street was more of an open air market than a shopping mall, with no designer brands for miles. Here, everything was local and everything was cheap.

Bugis Street proved challenging, given my claustrophobia, because it was wall to wall people for almost a half-mile stretch of market streets. People from all over the city flock to the market to buy souvenirs, drinks, snacks, and just to browse. Many Singaporeans come here to buy basic necessities and toiletries instead of haggling at the local pharmacy or supermarket.

Bugis Street is a wild array of colors and sounds that can be overwhelming for some. After the sun goes down, it never seems to stop moving. Vendors stand in their shop windows hawking goodies to try and get customers in the door.

Although I don’t remember buying anything more than a few souvenirs, no trip to Bugis Street would have been complete without trying a freshly squeezed fruit juice from one of the many vendors selling them. I tried lime and watermelon and amidst the heat, sweat, and roar of commotion going on around me, it felt like Heaven. That feeling of being fully immersed in a foreign country hit me again. This was Singapore.

Bio: Natalya Pobedova is a travelling nomad and backpacker from beautiful Brno Czech Republic. She is 27 and makes a living as a freelance web developer to support her traveling needs. She also runs a budget flight search website for backpackers as a hobby: http://www.travelsiders.com/. She dreams of visiting Brazil and speaks Portuguese fluently. She visited 14 countries already and most of them are in Europe.